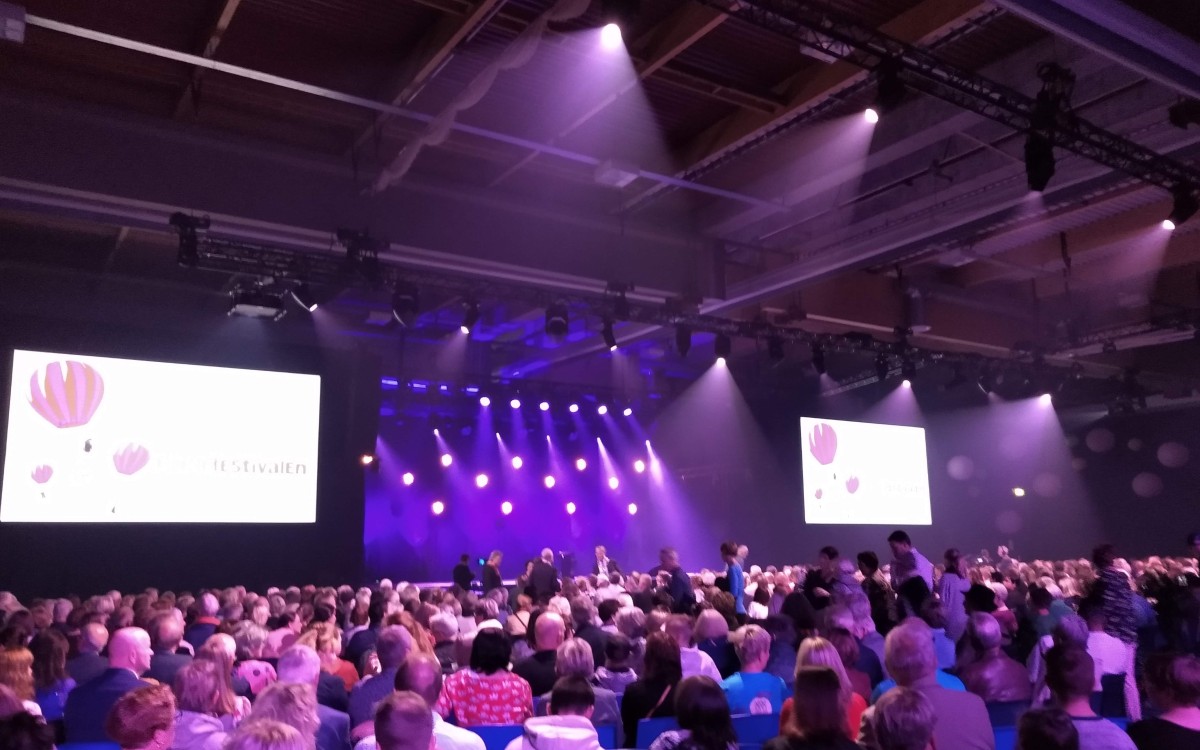 Researchers from Western Norway Research Institute (Vestlandsforsking) studied audience experiences at this year's Førdefestival, because the organizers wanted to know what they could do to attract both loyal participants and new target groups. The research has already led to new, concrete actions in order to increase the interest for this unique music festival with world-class artists.

Research has already led to concrete actions and plans.

- Especially the results from the in-depth interviews are valuable, as they both confirm our suspicions and give us holistic knowledge, says acting director of the Førdefestivalen, Sølvi Lien.

Researchers Agnes Bruvik Engeset and Anna Maria Urbaniak Brekke did field work during this summer festival, among other by gathering a test audience of young adults. These went to selected concerts, and then the researchers interviewed them every day about experiences and impressions. The researchers also conducted a survey and brief interviews with people in Førde, in order to find out what people thought was interesting in the Festival program, what they missed or why they did not participate.

- Most of the people expressed that they were very satisfied with the music and the cultural experience itself. But we learned that the audience missed information, both before and during the festival. We also found out that people want a clearer host role. It is very important to be warmly welcomed by both festival leaders and the volunteers, says Anna Maria Urbaniak Brekke.

Many of the younger participants also mentioned price level.
- Not all young adults can benefit from a student discount, so the price is obviously an important factor to some. But it is probably the most essential that the Festival reaches to young people early and with a clear message about what artists and concerts are to be offered, says the researcher.

The organizers will follow up the suggestions from the researchers, the marketing will expand.

- The results show that we should use videos more to promote the Festival, so that people can watch them before they decide about coming to the Festival or booking tickets, says Lien. A professional video from this year's festival has also been produced. Several practical actions were also decided under the workshop in Førde, among others, better signs and information about the various Festival arenas.

The director is extremely happy about a very clear result from the test panel, which indicates that prejudice against the folk music genre can be broken:

- The study shows that young people get a great sense for the artists and the music, even if they didn't initially think this was something for them, says Sølvi Lien.

Cultural tourism for the future

The project is a part of 'Strategic Research Program for innovation and value creation in tourism in Sogn og Fjordane'. The initiative from Vestlandsforsking was to study culture and tourism as approved by the board of the Strategic Research Program. One sub-study focused on the Førdefestival, a similar mapping of tourist experiences was also done in Balestrand. The starting point was that the 30-year-old international folk festival in Førde is by Aftenposten called one of the country's best festivals. The question was then: How can we lift the Festival further and ensure that the quality is continuously delivered? Western Norway has world-class nature attractions, but there are also high-level cultural attractions. In the Destination Norway tourism strategy (2012), products which include holistic experience of culture, food and history were launched as a goal. In the Parliament's Report for Norwegian Tourism (2016-2017), Experience Norway - unique and adventurous, cultural tourism is pointed out as an important area of focus.

More about the project: https://www.vestforsk.no/en/node/5101