Mountain cabins of the future 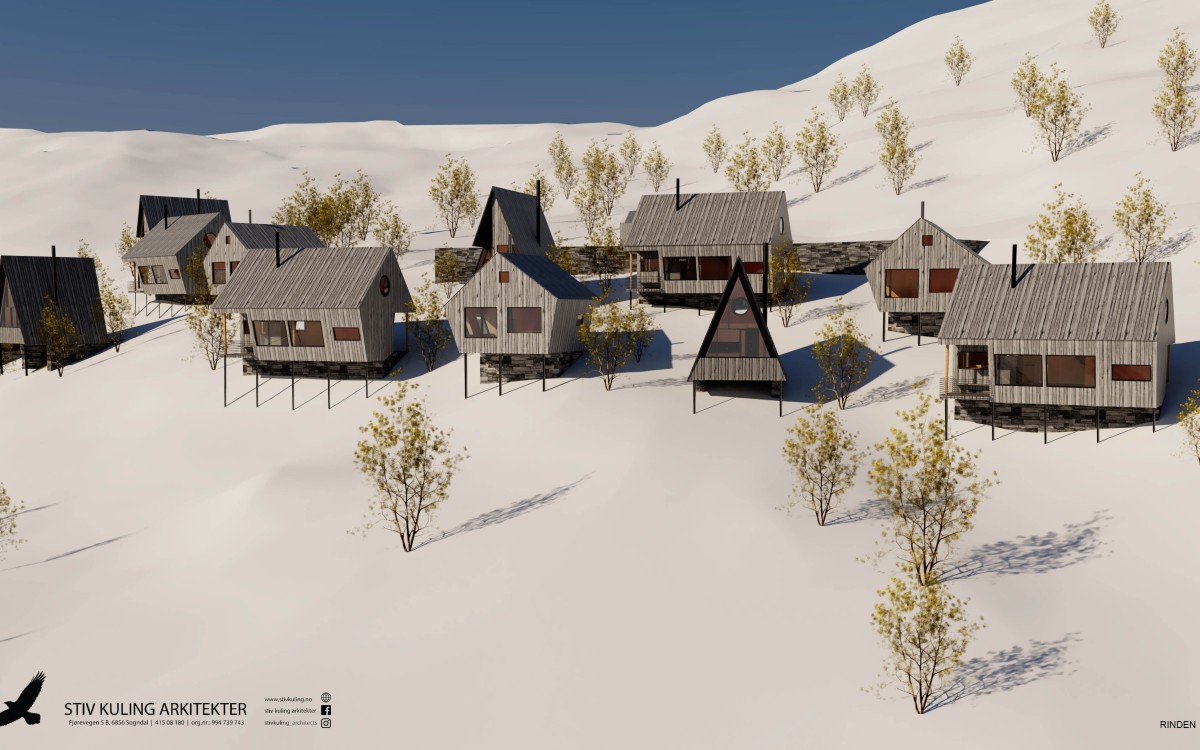 Adhering to the principles of sustainability means that new mountain cabins should be energy and area efficient. How this may be solved has been addressed by architects, cabin developers, construction experts, and researchers in a research and development project seeking to plan mountain cabins for the future.

Is it possible to get a second home in the mountains and maintain a clean, green consciousness?

The Norwegian skiing destinations and other rural areas have seen a construction bonanza in later years. This is the backdrop for the project on sustainable mountain cabins, coordinated by the architects of Stiv Kuling, with scientific studies by Western Norway Research Institute.

Owning a cabin and travelling there on weekends and for holidays has gradually beome a part of Norwegian culture, and as Norwegians have grown more affluent, cabins have gained square metres accordingly, posing a threat to the local environment and biodiversity as well as adding to the problem of climate emissions. According to the researchers, there is a way out, through innovation and inter-disciplinary collaboration.

The effort to design mountain cabins for the future has involved several local enterprises in the planning and construction sector, including Asplan Viak, Ingeniørkontoret Per Berteig AS, Ja-Tak Kaupanger, as well as the business association Sogn Næring. Funding has been provided by The County Council of Oppland, Sogn Næring, and developers in two areas: Hodlekve in Sogndal and Turtagrø in Luster.

Carbon emissions associated with various cabin concepts constitutes one of the contributions of Western Norway Research Institute in this project. Calculating emissions from a new cabin designed by Stiv Kuling's architects involved not only looking at the construction process, but the whole life cycle of the building.

The second contribution was an assessment of whether or not the principles of a sharing economy may lead to more social, economical and environmental sustainability in the cabin market. The researchers carrying out these analyses were Hans Jakob Walnum and Torkjel Solbraa, in respective order.

Norweian mountain cabins of today are not what they once were – a rather cramped and sober cottage with a standard well below people's first homes, often with features such as an outhouse and bunk beds. In calculating carbon emissions, WNRI has looked at the average size of newly constructed mountain cabins: 96 square metres (2018).

Comparisons have been made with two much more area-efficient concepts – the prototypes «Li» (66 square metres) and «Tind» (29 square metres), both drawn by the architects of Stiv Kuling.

Research carried out by WNRI shows that the choice of materials matters considerably when it comes to emissions associated with the cabin. If you succeed in using low-carbon materials, emissions may be cut by as much as 60 percent in the construction phase.

– If we look at the entire life cycle and assume an identical pattern of usage, we see clearly that smaller cabins, such as the prototypes designed by Stiv Kuling, can lead to emission reductions of up to 60 percent, says Hans Jakob Walnum. Compared with a newly constructed average cabin, the smallest prototype, «Tind», will provide an emission cut of 65 percent. The figure is based on a total building life span of 60 years. The medium-sized prototype, «Li», gives a reduction of 32.5 percent.

The question of whether sharing cabins to a greater extent may lead to a positive development in terms of social, economical, and environmental sustainability, the researchers point to possibilities as well as challenges related to different sustainability goals.

– Sharing cabins to a greater extent than today, may be very beneficial in terms of land-use as well as carbon emissions, given that the sharing replaces other, environmentally harmful alternatives, rather than supplementing such options, the researchers say. Examples include owning a cabin each or going on holiday by aeroplane.

In rural municipalities where mountain cabins contribute positively to the local economy, providing jobs, there may be reason for concern if cabin-sharing is to replace construction of new cabins. Innovation is key to securing that cabin-related employment will not be threatened, the researchers say.

– Local wealth creation based on sharing cabins requires the existence of a local commercial structure which may exploit the fact that there are people in the cabins most of the time rather than occasionally, according to Torkjel Solbraa.

In addition to environmental and economic sustainability, the researchers assessed whether or not cabin-based holidays may become available to new groups in society as a result of increased sharing.

Such a development, however, is not deemed very likely.

– When it comes to the aspect of equity and increased access, price mechanisms in the open market affect the outcome, says Solbraa.