Research on road closures: "Billions to save on tackling the climate problem early on" 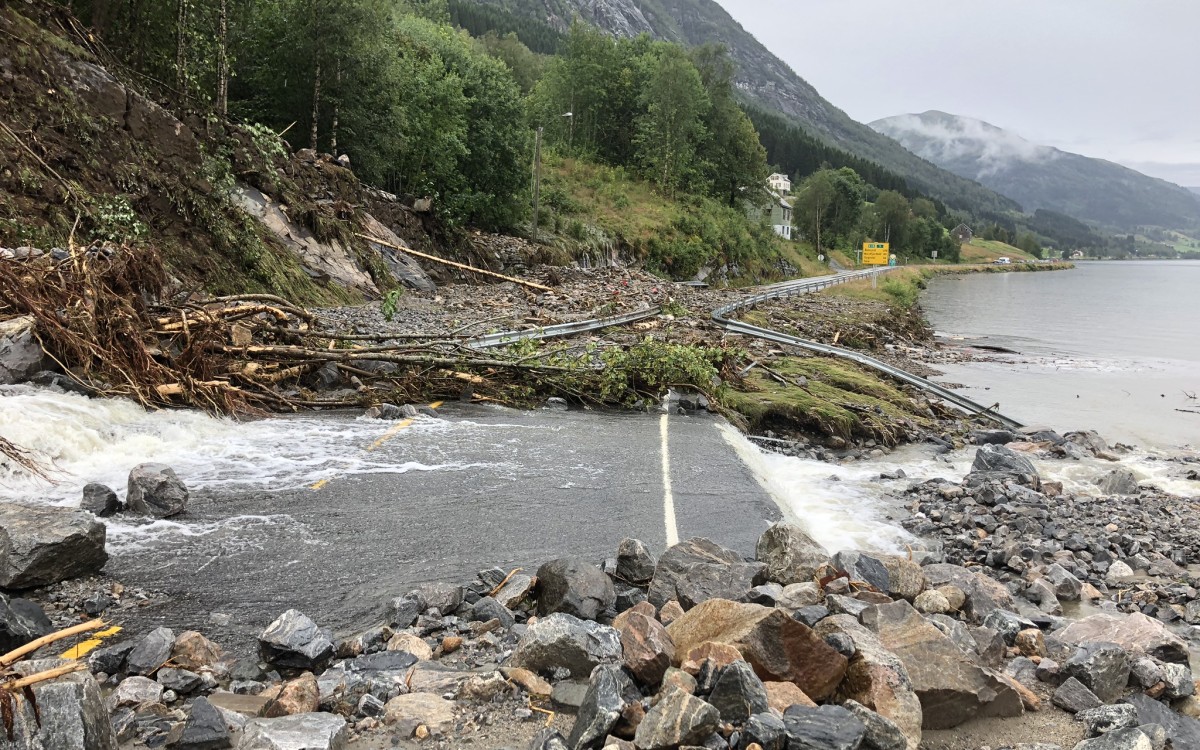 Norway's major roads face regular closures as a result of flooding, mud slides and similar incidents that are expected to occur more frequently because of climate change. A new study carried out by Vestlandsforsking and Menon Economics for the Norwegian Public Roads Administration, indicates that unless a large-scale preventive effort is launched, the number of incidents and closures is going to increase dramatically in the coming decades. 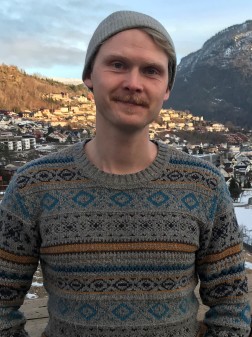 "One might assume that a 10-20 percent increase in precipitation will lead to a similar increase in the number of flooding incidents in the future. Unfortunately, our research shows that this not the case", says Torbjørn Selseng at Western Norway Research Institute.

"If all roadside ditches, pipelines, and the height of the road have the right dimensions for today's or yesterday's precipitation levels, all precipitation-related incidents of a certain significance may lead to flooding in years to come. This means that the number of incidents will increase by several hundred percent instead of by 10-20 percent, says Selseng.

The research project on road closures related to climate change, has tested a new method which seeks to highlight these changes.

"Our study has attempted to assess risk by the use of a new method which produces systematic and concrete assessments of future risk. Most of the methods that are currently in use, place too little emphasis on the fact that the climate of today is not identical to the climate of coming years", says Selseng.

The study combines a systematic assessment of future risk with estimations of how much the authorities would save if the required adaptive measures were to be carried out before major problems arise.

The study has consisted of two parts; the first part looks into how the climate of tomorrow may influence the Norwegian network of roads. The researchers analysed a particular section of E39 from the County of Agder to the (former) County of Sogn og Fjordane.

The assessments are carried out in close co-operation with highly-experienced professionals at the region's road authorities' office who know these roads like the backs of their hands, and know exactly where along these roads they are most likely to experience problems in the years to come. This insight has been combined with regional climate scenarios to achieve a qualified picture of the situation fifty years from now, in terms of avalanches, mud slides and flooding", explains Selseng.

He is quite clear that the changes ahead may be rather dramatic.

"We already know that our some of our roads are highly exposed. This means that even a slight increase in precipitation, temperatures, and ocean level will cause a surge in the number of weather-related incidents.

He adds that several factors may alter the situation.

"How we use the roads and the surrounding areas is of great significance. Large-scale development close to these major roads, will affect vulnerability as much as climate change does. Still, it is not clear how we are going to relate to our roads in 50 years. Most likely, the traffic is going to continue to rise, and yet, the transport sector is supposed to transform along with most other sectors. This may also affect our future use of roads", Selseng adds.

The second part of the study pertained to developing methods for calculating how much climate change is likely to cost The Norwegian Public Roads Administration and society at large, in terms of road repairs following incidents, societal costs caused by closures, and the potential cost of implementing preventive measures.

"Whether or not preventive action is rational, depends on factors such as how many avalanches and mud slides we expect will occur as a result of climate change. When one includes all costs that are directly related to people arriving late at work, delays affecting the delivery of goods and services, as well as costs related ot repairs, it is clear that prevention is, in many cases, the most profitable option", says Øyvind Nystad Handberg, Senior Economist of Menon Economics.

By estimating changes to the frequency of avalanches, mud slides and flooding, one may estimate the socio-economic costs of investing in preventive action, and compare to the option of not taking any action.

The road sector lacks methods for cost-benefit analyses which include a change in risk levels over time. To plan several decades ahead without taking into consideration the knowledge we have about climate change, will result in solutions that, in the long term, may burden society with high costs.

"This is pioneering work in the roads sector, and it is important to say that our estimates are not exact truths. Rather, these estimates should be viewed as an attempt to illustrate costs in an effort to develop suitable tools.

Handberg still thinks the analysis points to significant potential to reduce socio-economic costs related to climate change by such analyses and targeted measures.

"Not postponing action may help us save a considerable amount of money".