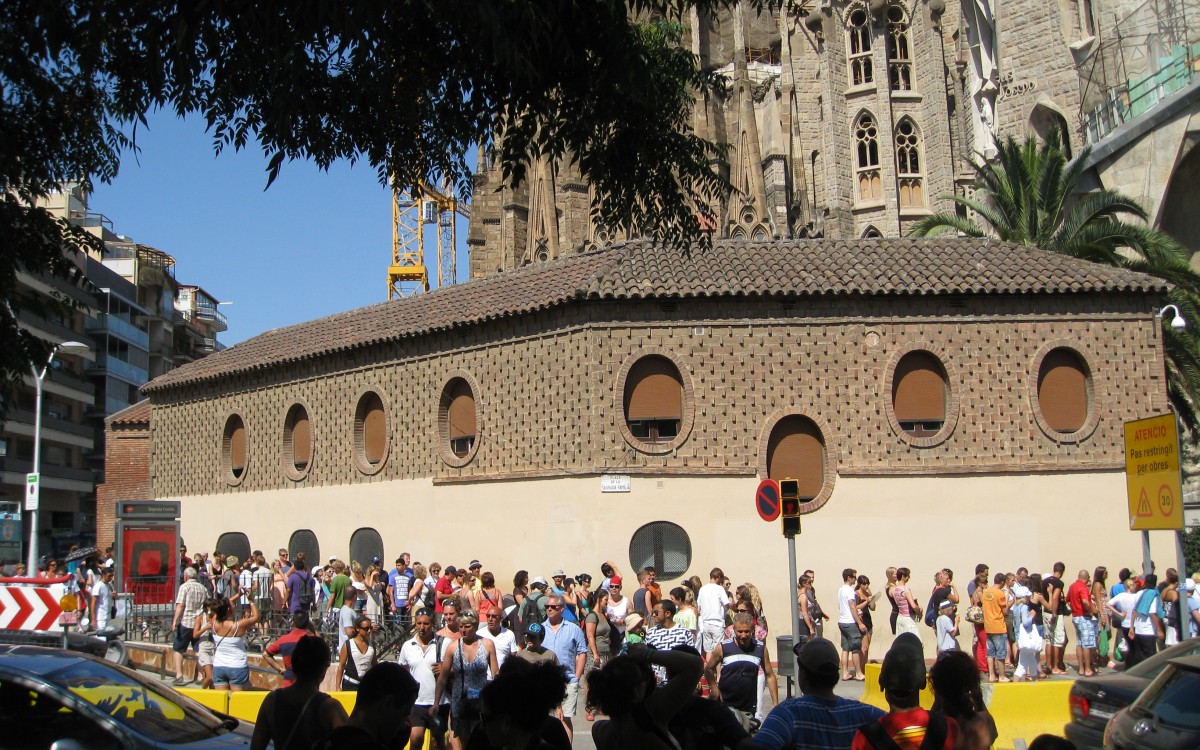 Visitors to Barcelona face a long wait if they decide to enter La Sagrada Familia, the impressive basilica drawn by Catalan architect Antoni Gaudí. The city is one of several European top destinations where the effects of overtourism are felt by local inhabitants. (Photo: Matti Mattila, https://www.flickr.com/photos/mattimattila/4866039387/)

The international research project Smart City Hospitality (SCHITOS) (2016-18), where Western Norway Research Institute was one of the research partners, has produced a special issue of the journal Sustainability on sustainable urban tourism, encompassing 11 contributions. Professor Carlo Aall guest-edited the special issue together with dr. Ko Koens at Breda University of Applied Sciences in the Netherlands. You can download the papers here.

A first group of papers in particular deals with the impact of tourists on residents and local stakeholders, starting with the contribution by Koens, Postma and Papp, which provides a critical discussion on the concept of overtourism and placing the topic in the wider context of urban and social developments. In their conceptual contribution, Lerario and Di Turi reiterate this as they emphasize the importance of active urban planning and the design of the built environment to reduce the potentially negative effects of tourism and suggest several mitigation practices for doing so. Blanco-Romero, Blázquez-Salom, and Cànoves also touch upon this in their contribution which highlight the ways in which the commodification and gentrification of the city of Barcelona and insufficient regulatory controls with regard to tourism have led to a rise in social housing prices, pitting citizens against tourism. Rose and Li [62] focus on urban tourism in an Indian context and highlight that the cities of Puri and Varanasi are relatively positive towards the sector. Notably, in this context, residents are particularly concerned about environmental issues.

Two papers look particularly at ways of managing tourism. Tescașiu and colleagues brought together different stakeholders to investigate the sharing economy. Their results revealed the difficulty in regulating sharing tourism practices, given that the most representative part of this sector is unregistered, and it works according to its own rules. The contribution of Lalicic and Önder is interesting in that it moves beyond problematizing or describing residents’ perceptions of urban tourism and instead looks at opportunities for using advances in technology to reshape tourism planning and resident engagement, in relation to a Smart City Perspective.

The tourist's point of view

The tourist perspective was discussed, among others, in the contribution of Martinez-Garcia, Raya-Vilchez, and Galí, who draw attention to the micro-spatial and temporal dimensions of tourist behavior, by pointing to the significant heterogeneity among visitors in Girona, with regards to time consumption and the potential implications for sustainably managing tourism. Lai, Hitchcock, Lu and Liu investigated tourists’ perspectives in tourism in Macao and highlight the importance of good tourist-resident relationships and a good safety experience for overall trip satisfaction and the word of mouth advertisement. Finally, Deng and Pierskalla used structural equation modelling to confirm the commonly implicit assumption that attributes with lower importance ratings are likely to have little influence on overall satisfaction, regardless of their performance. Albeit that stated, importance may be more useful than previously thought.

The paper of Przybyla and Kulczyk-Dynowska may not fit into one of these specific categories, but is of significant value nonetheless. They took a longitudinal approach to compare 18 Polish voivodeship capital cities in the time period 2005–2015. In doing so, they can show tourism activities have increased particularly in already popular tourism cities, but that there also are cities where tourism intensities have declined. With so much attention focused on overtourism, it is easy to forget that there are places where tourism is in decline. However, the shrinkage and the implications that come with it may be particularly interesting even for those working on overtourism, especially as degrowth is increasingly put forward as a management strategy.